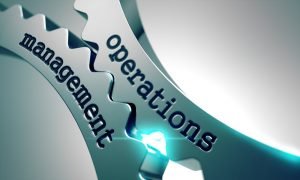 Google search results for “COO trends” include the 2011 Harvard Business Review article, “The Rise of the COO,” immediately followed by the Forbes 2015 article, “The Decline of the COO.” Which is it? This article explores the state of the Chief Operations Officer (COO) role, as well as providing suggestions for those aspiring to the role.

SAP COO Dave Spencer on CIO.com refutes any decline, noting the COO role has “never been more important.” Spencer asserts, “the function of COO has evolved to become not just about resources and efficiencies, but about people, collaboration, and empowerment.”

The COO is often seen as something of a partner to the CEO; in fact, some experts suggest the individuals holding these two roles should have personalities that complement each other so the COO is a “counterbalance” to the CEO. Because of this tight partnership, the question arises whether the COO outranks other C-suite officers. Generally, all officers report to the CEO, even as the COO is considered second in command. COOs may also have additional functions, such as marketing, attached to their roles.

Research by Nathan Bennett and Stephen A. Miles in Harvard Business Review reveals seven types of roles for COOs in relation to CEOs: Executor of the management team’s strategies; change agent who facilitates organizational transformation; mentor, perhaps guiding a less experienced CEO; “the other half,” who complements and balances the CEO; a partner working as half of a pair with the CEO; heir apparent expected to eventually take over for the CEO; and MVP, a superstar placed in the COO role to keep him or her from being lured by other organizations. (Hint: Becoming a superstar in your organization will increase your chances of becoming COO).

While Facebook’s Sheryl Sandberg is one of the world’s most famous COOs, the role appears not particularly welcoming to women, though exact statistics are hard to come by.

COOs oversee day-to-day operations of key departments, develop procedures and processes to keep those operations running smoothly, and update the CEO with key operational information. The incumbent may also oversee the human-resources function.

Key Competencies for the COO Role

The role of COO is possible with just a bachelor’s degree, though a master’s degree, especially an MBA, will add to the individual’s marketability. Those without an MBA may want to consider an online short course offering an operations-management certification. Organizations typically seek at least 15 years in management, with a significant portion of that also involving staffing or HR.

More than for other C-Suite roles, experts suggest humility and lack of ego for COOs. The reasons are unclear, but they may relate to the idea of counterbalancing the CEO, given that CEOs don’t usually have humble reputations.

Leadership skills are a given for COOs. In your career-marketing communications, showcase the additional COO competencies and characteristics on this list you possess:

Here are a few suggestions for those seeking to break into the COO role, expand their horizons in an existing COO role, or even rise beyond the COO role:

“Most importantly,” Tuff advises, “a COO needs to be an effective communicator and collaborator with whom people want to work.”

If you seek an internal promotion to COO, keep your eyes and ears open to tap into these potential situations. If you seek a COO role from outside, rely on research and your network to keep you informed of compatible opportunities.