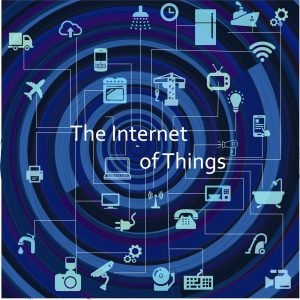 Leadership in the discipline known as the Internet of Things (IoT) is unique because the field itself is not seen as a technology, but rather “a leadership opportunity; a mechanism to transform businesses.” That’s the perspective of MIT’s Sloan Executive Education Blog, which goes on to assert that “preparing for IoT and broader digital transformation requires a strategic approach that carefully considers human capital and broader organizational transformation.”

While some firms have specific a Chief Internet of Things Officer, at the top levels, it is often the Chief Information Officer (CIO) who has responsibility for leading IoT initiatives. In a 2017 report, “Leading the IoT,” Gartner revealed survey results in which a third of responding organizations “expected that the CIO would be leading their IoT activities.” Other candidates for IoT leadership include the Chief Technology Officer (CTO) and Chief Data (or Digital) Officer (CDO).

Stacey Higginbotham, who blogs about IoT, notes a new role that is “a step below the CDO.” Higgintbotham reports that “the person who takes on this role — titles include chief of automation and IT/OT architect — works closely with both the information technology (IT) team and the operational technology (OT) teams to accomplish business goals.”

As a relatively new field, IoT is plagued with skills gaps and a lack of understanding of what IoT can do for a business. The MIT Sloan blog notes that the Internet of Things Talent Consortium (IOTTC) surveyed 1,500+ senior executives about roadblocks to success in digital transformation and found that half of respondents cited lack of digital expertise and skills as a top barrier.

A scan of job postings in the IoT realm reveals that some firms do not even list educational requirements, while others require a bachelor’s degree and sometimes specify that the degree be in computer science, software engineering, or information systems. An MBA or other master’s degree is often required, as well. Certification programs are available for prospective IoT leaders; an article by Jamie Leigh lists seven such certifications.

An array of hard skills, soft skills, and personal traits are keys to success in IoT leadership. The publication 2019 Trends in Internet of Things includes a comprehensive resource on competencies in IoT. The ability to leverage teamwork is seen as especially important in IoT. “When I discuss these IoT projects with organizations,” writes consultant Tripp Braden, “it becomes very clear that almost all of them are using a team-based model to deploy their pilot programs and beyond.” Additional leadership characteristics include the following:

Rather than citing any particular traditional leadership style as dominant in the realm of the Internet of Things, researchers have suggested that leadership in this field calls for a new style. In her blog on leadership and trust, Dr. LauraAnn Migliore rejects an autocratic leadership style for IoT (“because no one person can know all and be all in the advanced knowledge, communications, and connectivity of the IoT”), and instead suggests a Holocratic style, “which involves the redistribution of power from the head of the organization (e.g., CEO and executive team) to the cellular level (e.g., the individual employee),” Migliore writes.

Other researchers propose a “connected” or “networked” leadership style. In a report titled, “Leadership in the Fourth Industrial Revolution,” the search firm Stanton Chase suggests a networked style, emphasizing creation of a diverse environment, agile leadership, and ethical responsibility.

Some experts discuss “digital leadership,” a term that describes subject-matter expertise but may also point to a distinctive style of leading. That’s the implication of a 2016 report from consulting firm Russell Reynolds in which the firm examined profiles of digital transformation leaders and discovered that successful “digital leaders exhibit psychometric attributes different from those of other senior executives. In fact, they have less in common with C-suite colleagues than anyone else in executive management.” These leaders stood out, the report says, for thinking outside the box, challenging traditional approaches, cutting through bureaucracy, and going against the grain.