What It Takes to Be a Leader in Retail 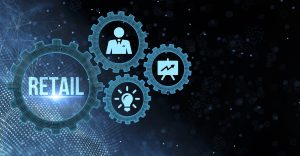 Retail, an industry disrupted to its core by the COVID-19 pandemic while already facing significant challenges, cries out for strong, transformational leadership. “COVID-19 has shaken retail markets everywhere,” notes the report The Pandemic and Global Retail Markets. “While many other segments of the economy were strong prior to the pandemic,” the report continues, “the retail sector was in the midst of a correction, reacting to growth in ecommerce and other changes in consumer spending habits.”

The pandemic has slammed the retail industry with unpredictable restrictions, temporary and permanent closures, consumers staying home and shopping online, along with operational changes, such as curbside pickup and contactless payment. “Retailers all over the world are stress-testing their leadership principles and capacities,” Bob Phipps writes in an interview with Ralph Lauren’s CEO on the pandemic’s leadership lessons. Even more daunting are predictions that the industry will never be the same even after the pandemic. Researchers expect consumers to continue buying online in massive numbers. Ecommerce purchases are expected to increase 169 percent post-pandemic, predicts a report from Accenture.

Retail executive teams need leaders who can rise to COVID and post-COVID challenges. Retail leadership teams currently are predominantly male; a 2017 study by consulting firm Russell Reynolds found 84 percent of the 300 retail executives they researched were men. More than two-thirds of these executives, whose average age was 54, had been internally promoted, having spent an average of 15 years with their current firms. Most of those hired from outside had retail backgrounds.

“Women — and other minorities — will likely continue to face significant barriers when charting their path into those roles,” asserts Sheena Butler-Young, who also writes about “second-generation bias” — in which women candidates are recruited for top slots but expected to “have experience in roles that were traditionally offered almost exclusively to men.” In 2020, just 5.6 percent of retail CEOs were women, reports Sarah Hoodspith in Retail Insider. Meanwhile, Cara Salpini notes on Retail Dive that “since 2010, the percent of executives of color in retail has hardly changed.” The Retail Leadership 700, a report that reviewed the diversity composition retail boards of directors, suggests retailers risk productivity and profit by failing to address diversity gaps.

In terms of education, the retail industry has a low barrier to entry; most people can enter the field with no more than an associate’s degree or even a high-school diploma. Those who progress into retail management will likely attain a bachelor’s degree in business, and those seeking senior leadership will benefit from an MBA. Significant informal education happens in retail, as well. Interviewing three retail CEOs to glean their leadership lessons, James Coker, a reporter for Essential Retail, stated, “One effective method of learning how to be a CEO is to regularly pick the brains of those who have experienced this type of role.” Coker shared the experience of one of his interviewees, Timo Boldt, on this type of learning: “Every CEO or entrepreneur you meet has rich learnings, so I think the faster you can absorb them, and you develop a growth mindset, you can learn from failure.”

Career paths into executive retail leadership vary. In fact, Barbara Farfan identifies four ways retail leadership aspirants can advance. Relatively uncommon today, Farfan says, is the traditional rise through the ranks. More common is a path that includes company and industry hopping. Farfan cites Amazon’s Jeff Bezos, who had no background in retail before founding the online behemoth, as an example of her third path, specialized focus and expertise. The fourth path is to start your own retail enterprise as Walmart’s Sam Walton and Costco founder James Sinegal did. It is noteworthy that retail is thought to provide relatively weak leadership pipelines. “We have found,” say Chain Store Age writers Maryam Morse and Ryan Dixon, “that retailers in particular have often insufficiently invested in strong leadership pipelines.”

Because consumer behavior spawned by the COVID pandemic is predicted to stay with us for the foreseeable future, retail leaders are already focused on re-skilling and re-training workers. “The involvement of retail leaders in managing this momentous transition will in itself require the acquisition of new skills,” writes Rosanna Iacono, managing partner at The Growth Activists. A Multimedia Plus COVID-19 Impact Survey noted that new-employee training and training in communication and contactless payments are current re-skilling priorities, while training in 2021 was expected to emphasize leadership development and safety. Skills mandates pressing on retail executives even before the pandemic have centered around technology and championing customers.

Desirable leadership characteristics for retail executive leaders include the following:

Leadership Styles in the Retail Field

These resources offer additional insight on leadership in retail: