What It Takes to Be a Leader in General Science 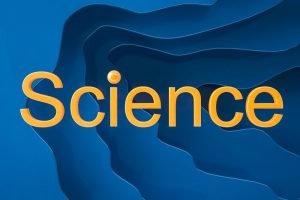 While life sciences have taken center stage during the COVID-19 pandemic, with Dr. Anthony Fauci taking on almost mythic leadership status, general-science leadership has shared the spotlight and has called attention to what Lund University associate professor Sverre Spoelstra calls “the dichotomy between leaders and bureaucrats that underpins popular leadership notions, such as visionary leadership, transformational leadership and authentic leadership.”

Steven Dewhurst points out that science leadership is less individually focused than it was in the days of “brilliant iconoclasts,” like Copernicus and Marie Curie, and instead, much more team-driven, as well as more interdisciplinary. “Major opportunities for discovery increasingly lie at the intersection of different fields,” Dewhurst says. Team leadership affords the opportunity for science leaders to coax the best out of team members. “A less effective scientific leader,” notes Jason Erk, “may unknowingly squander [team member] potential that might have flourished under different circumstances.”

The people-leadership skills that enable scientists to guide effective teams, however, are often deficient in science leaders. “When comparing skills in non-STEM (science, technology, engineering and math) employees and STEM employees, those from a STEM background are perceived to lack interpersonal skills and time management,” write Rowan Brookes and co-authors write in Scientific American. Experts note that soft skills, such as people management, are typically not included in scientific training.

Women are underrepresented in science leadership. The higher the notch in the hierarchy, the less likely we are to find female science leaders, asserts GenderInSITE’s report, Pathways to Success:  Bringing a Gender Lens to the Scientific Leadership of Global Challenges. Causal factors include lack of challenging assignments for women; overvaluation of male opinions and ideas, accompanied by undervaluation of women’s intellectual contributions; an expectation that women must worker harder for less money; work environments that are “dismissive” at best and hostile at worst. Women, note Marla Parker and Eric Welch in an academic paper, “are more likely to be in discipline leadership positions and less likely to be a leader of a research center or have an administrative university leadership position.”

Scientists typically hold doctoral degrees and serve in postdoctoral positions as researchers for two to three years. Those who’ve been trained as a scientist, writes David G. Jensen, usually begin at the research scientist level. Jensen discusses the “dual ladder” concept in which a scientist can reach a high-level role in the hierarchy, such as principal scientist (roughly equivalent to the vice-president level) without having to take on administrative and management functions. Of course, some scientists may prefer a path with those functions, such as those Jensen lays out – business development, regulatory affairs, sales and marketing, operations, or project management.

See also a nice list of skills at various levels detailing resources about those skills.

As in many fields, scientists are often encouraged to adapt their leadership style to what is needed at any given time, thus a flexible or situational leadership style. Writing for Forbes, George Bradt characterizes “scientific leadership” as a style unto itself. “Scientific leaders guide and inspire by influencing knowledge with their thinking and ideas,” Bradt writes.

These resources offer additional insight on leadership in general science: