What It Takes to Be a Leader in Engineering 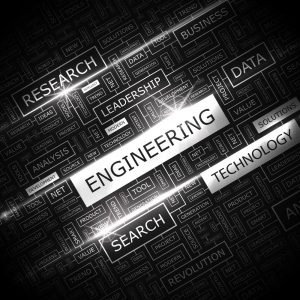 Engineering leadership has a bit of an identity crisis. Much of this crisis stems from the fact that engineers have a highly technical focus that may not include traditional leadership skills, such as interpersonal communication and people-management.

“For individuals whose love of engineering comes from their technical problem solving,” Cindy Rottmann and co-authors write in the academic journal Leadership, “the sudden shift to resolving ‘people problems’ can feel both uncomfortable and un-engineer-like.” The article quotes one study participant who suggests that the word “leadership” is “antithetical to the engineering mind-set.” The authors point to a mismatch between the identities of engineers and traditional notions of leadership. Engineers’ identities, the authors note, tend toward applied scientist, service professional, team player, technical problem solver, task-oriented doer, and process optimizer, while traditional leadership identities tend to be charismatic visionaries, influential dwellers at the top of the hierarchy, change agents, delegators, and solvers of people problems.

Another mismatch occurs between engineering leadership and business expectations. Siva Kumar cites a study that showed that 33 percent of engineering-project failures are the result of insufficient direct oversight by executive leadership, noting that a well-defined engineering strategy is the only way to overcome this mismatch.

Statistics on women in engineering are elusive, but given that just 13 percent of engineers were women as of 2019, the female share of leadership roles is even smaller. Barriers to women’s leadership in engineering include a lack of role models. Incremental change is on the horizon, thanks to the major push in recent years to encourage women to pursue STEM careers.

Engineering leadership in project- or process-management roles is typically preceded by 5-10 years of technical work, note Rottmann and co-authors. The disconnect between engineering and leadership would seem to be the motivation for the emergence of engineering-leadership education in which “the focus is placed on interpersonal communication (vs. organizational communication) and understanding of motivation and behaviors of self and with respect to interactions with others,” says mechanical engineering professor David Bayliss.

One educational option for aspiring engineering leaders is the Master of Engineering Management degree. Another is an MBA, which leadership expert Tanveer Nasseer says enables engineers to “easily move into management.”

Leadership Styles in the Engineering Field

Jack Kora, VP of engineering at dscout, shares an interesting first-person case study about changing his leadership style, describing how, when he started a new position, he failed to first build trust with his team and started making changes his team didn’t always understand. When an employee-satisfaction survey showed negative attitudes toward Kora, he began to research leadership styles and determined his was the wrong approach at this new company. While he never identifies his former or subsequent leadership styles, he cites a Fast Company article on six leadership styles – pacesetting, authoritative, affiliative, coaching, coercive, and democratic – as his inspiration for developing a more appropriate style.

These resources offer additional insight on leadership in engineering: