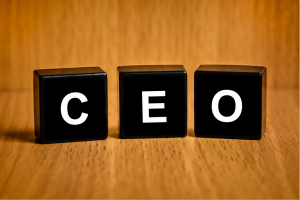 The role of Chief Executive Officer (CEO) presents several paradoxes. Though it is seen as a strategic role, most individuals hired into the role have operational backgrounds. A study of 130 CEOs by Russell Reynolds Associates reveals CEOs to be thick-skinned, but not insensitive. The research further indicates that CEOs are capable of both including others in decision-making and making them independently.

A Chief Executive Officer is, of course, usually the highest-ranking person in a company or organization, the ultimate authority for making managerial decisions. The CEO oversees the organization’s success and monitors risk. While no uniform roster of CEO roles and responsibilities exists, CEOs typically communicate on behalf of the organization to internal and external stakeholders. They lead the charge on the organization’s mission, vision, and social responsibility, as well as helm strategy development. Other C-Suite leaders report to the CEO, who evaluates their performance.

Major CEO concerns as we leave the 2010s include climate change, disruptive technology, and economic nationalism, 2019 research from KPMG reveals.

Key Competencies for the CEO Role

After studying 222 CEOs from 18 companies that survived for 100+ years, Christian Stadler summarized back in 2015 for Forbes the typical path to the CEO role: Obtaining an engineering degree, getting a few years of work experience, earning an MBA at a prestigious university (preferably Harvard), gaining a management-consulting role (especially at McKinsey), gaining employment in the company the would-be CEO wants to lead someday and gaining operational and finance chops, as well as international experience. An undergrad degree is still essential to become a CEO, and a significant proportion of top leaders also hold MBAs. While internal candidates comprised 79 percent of CEO hires when Stadler did his study, external hires have increased in recent years. Leaders reach the CEO role, on average, 24 years into their careers.

While CEO skills can be summarized as leading people, leading change, communicating and building coalitions, exercising business judgment, and being results-driven, experts have cited specific niche CEO competencies. When preparing career-marketing communications to send to employers, those aspiring to the CEO role should emphasize these qualities:

Here are a few suggestions for those seeking to break into the CEO role or expand their horizons in an existing CEO role:

The final paragraph of the KMPG research nicely summarizes the current milieu and upcoming trends for CEOs:

“The modern CEO needs to accept and embrace the fact that they have more to do and less time to do it in. They need to become internal disruptors of their own businesses, challenging management dogma and entrenched practices. They will need to forge stronger links with their customers, accepting the need to anticipate their requirements through insights gleaned from data-driven analysis. They must also create an environment where new ideas can be tested without prejudice and in which willingness to change is recognized as a strength, not a weakness.”