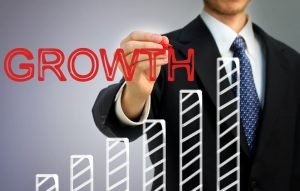 The big headline about the Chief Growth Director (CGO) role over the past several years is that it is replacing the Chief Marketing Officer (CMO) in many companies. The most prominent example cited is the replacement of Coca Cola’s retiring CMO with a CGO in 2017. In a particularly dire prediction, Forrester, in a report titled Predictions 2020, stated that for CMOs, “the stage [is] set for a desperate fight for survival.” Digital transformation and rapid change are blamed for the shift in thinking on CMOs.

LinkedIn Editor George Anders reports hiring of chief growth officers in the United States has climbed at a compound growth rate of 42 percent a year since 2015, and CGO is gaining popularity faster than any other C-Suite title. Variations on the title include SVP of Growth, VP Acquisition Marketing, and VP of Performance Marketing.

Even as the CMO role is under attack, elements of it are part of the CGO role, which blogger Paul Sparrow calls “Chief Marketer on steroids.” Consultant Susan Avarde calls the role “Chief Marketing and Chief Brand Officer rolled into one.” In a study of the growth of the CGO role, Singular characterizes the difference in the roles this way: “Where a CMO leads all marketing initiatives for a company, a chief growth officer catalyzes growth. A CGO leads growth with an emphasis on performance marketing, and a heavy reliance on marketing technology.” The growth of the role seems related to a redefinition of marketing. “Business leaders are starting to see marketing as a catalyst for creating sustainable growth fueled by a passionate focus on the end customer,” writes Allen Yesilevich for Forbes.

The Singular report calls CGOs “growth catalysts;” they are charged with growing new markets, existing markets, and foreign markets. The hiring of CGOs, the report states, appeals to “companies that want to grow fast, need a leader to spearhead that growth, and are willing to bridge different departments, roles, and groups in the singular pursuit of growth.”

Chief Growth Officers oversee acceleration of business growth and build cross-functional teams that may include R&D, customer service, analytics, sales, finance, and more. They tend to offer a longer-term vision than CMOs.

Key Competencies for the CGO Role

Surprisingly, the CGO role may not require a marketing background. Though not all experts agree, so says Sanjay Khosla of the Kellogg School of Management, Northwestern University. “Companies look for people with commercial experience, people who can actually run a business,” he says. Most of the current wave of CGOs have been hired internally to enable them to serve “as a trusted advisor and challenger to the current CEO,” notes blogger Shannon Vize. A master’s degree and 10 years of business experience are suggested for the role.

When preparing career-marketing communications to send to employers, those aspiring to the CGO role should emphasize these qualities:

Here are a few suggestions for those seeking to break into the CGO role, expand their horizons in an existing CGO role, or even rise beyond the CGO role: