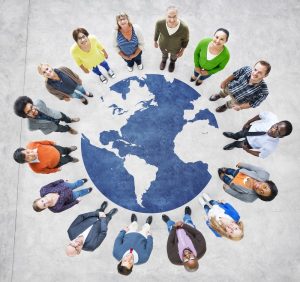 The good news for those looking to enter or level up in the Chief Diversity Officer (CDO) role is that it is a growing role. The not-as-good news is concern that having the role in place is not enough for organizations to effectively rise to the challenge of diversity and inclusion. “Hiring a chief diversity officer is not a silver bullet for a diversity problem,” writes Alison DeNisco Rayome on TechRepublic,” and organizations require cultural changes over time to increase inclusivity. In addition, many CDOs say they lack the support, resources, data, and clout to make a real difference.

A 2018 report by Russell Reynolds, “A Leader’s Guide: Finding and Keeping Your Next Chief Diversity Officer, notes that 47 percent of companies on the S&P 500 index currently have a chief diversity officer or equivalent. Driving the role’s growth, in part, is the research-backed recognition that a diverse workforce boosts a company’s revenue. A 2018 McKinsey study, using 2017 data, found that companies in the top quartile for ethnic and cultural diversity on their executive teams were 35 percent more likely to experience above-average profitability than companies in the fourth quartile.

The CDO role has also garnered significant attention on college campuses. George Leef points out that over the last several decades “the number of college administrators has grown far more than the numbers of students and faculty,” and the highest growth has been in diversity officials. “Chief diversity officers attempt to institutionalize diversity in higher education,” says Rhonda Brown, CDO at Occidental College.

The majority of CDOs come from a background in diversity and inclusion or human resources, while some come from other functional areas, such as sales and marketing, management consulting, and the legal field. “The key is that they have demonstrated interest in doing work that helps the organization toward a diverse and inclusive culture,” says H. Wes Pratt, a CDO profiled by Taryn Oesch.

For bite-sized looks at what CDOs at nine well-known companies have been up to, see Selena Templeton’s article in ITSP magazine.

Key Competencies for the CDO Role

The minimum education requirement for a CDO is typically a master’s degree. A doctorate is sometimes required, especially for university CDOs. Prospective CDOs usually have 5-10 years of experience, although the Russell Reynolds report noted that 63 percent of CDOs in its study have been appointed or promoted to their roles in the past three years.

Persuasive communication skills are critical for CDOs, as they will likely need to attain buy-in for their initiatives. Some of these additional CDO competencies and characteristics were suggested by the report “Creating a Competency Model for Diversity and Inclusion Practitioners,” by Indra Lahiri for The Conference Board:

Chief Human Resources Officer is often the next step for CDOs; in higher education, the CDO role can pave a path to college president. Here are a few suggestions for those seeking to break into the CDO role, expand their horizons in an existing CDO role, or even rise beyond the CDO role: