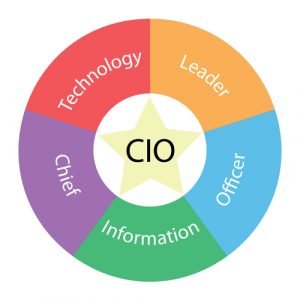 In the past, regard and expectations for CIOs have been a bit underwhelming, with some even joking that CIO stands for “Career Is Over.” Those expectations are changing, however. Strategic thinking – spotting new revenue opportunities and implementing operational innovations – now have become a far more valued weapon in the CIO’s arsenal than in the past. In fact, nearly two-thirds of CIOs say that creating new revenue-generating initiatives is among their job responsibilities, notes the 2019 State of the CIO report from CIO magazine. It’s all about harnessing technology to create business value.

As with virtually all C-suite roles, the customer has taken on increasing importance. To effectively generate revenue, CIOs must be more closely in touch with customer needs.

In an article about CIO 2019 trends, Naomi Eide writes, “unlike in years past, CIOs are making headway in the C-suite, influencing technology and business strategy as the importance of IT is understood. As technology’s role is increasing, the role of the CIO is maturing.” Eide cites a greater awareness of “technology’s ability to make business bottom-line goals possible.”

The CIO plots out better, faster routes to advancing the business by leveraging existing data and sourcing new information. The executive in this role envisions the digital enterprise’s future. The CIO also oversees security and resilience, leverages ecosystems, and designs the IT operating model.

The pressure is on for CIOs, however, because of what Oracle CEO Mark Hurd, describes as “the dramatic effect technology is having on key areas like personal health, insurance, and agriculture.” The rapidly changing nature of technology makes CIO the “toughest corporate job in America right now” in Hurd’s view.

Key Competencies for the 2019 CIO Role

As with all C-Suite roles, leadership, communication, and influencing skills are identified as indispensable to success. The 2019 State of the CIO report reveals that 78 percent of CIOs report that they are communicating with the Board of Directors more than ever before, up from 67 percent in 2018. And influence is cited by Natalie Whittlesey, CIO practice director at Harvey Nash UK, as “the key skill an IT leader will need to display.”

In your career-marketing communications, showcase the following competencies that you possess:

Writing in Forbes, Peter High observes that “not long ago, it may have seemed absurd to think of the CIO as an important stop on the way to the top role in the company.” But High goes on to cite “a growing cadre of former CIOs who have been promoted or hired into positions that continue to take advantage of their technical acumen, but provide them with expanded purviews.” Here are a few suggestions for those seeking to break into the CIO role, expand their horizons in an existing CIO role, or even rise beyond the CIO role: